This make was driven by a piece of Kokka Echino Sambar print bought in Tokyo.

It took me a year to figure out what to make with it and what to team with it for cuffs etc. I wanted something simple that would show off the print…enter the Apollon sweatshirt and dress from I Am Patterns.

I really like the styling of the patterns from this French indie company and have previously made two versions of their Pan top in Italian broderie anglaise and another in chiffon weight rayon and one Cherie-Cherie tee in a heavy striped cotton jersey.

Based on the size chart I would be a 40 at the bust graded out to a 42 at the hips. Based on previous experience with their patterns and some comparisons to existing sweatshirts (Linden/Talvikki mash-up and an unblogged Toaster) I decided to cut a straight 38. 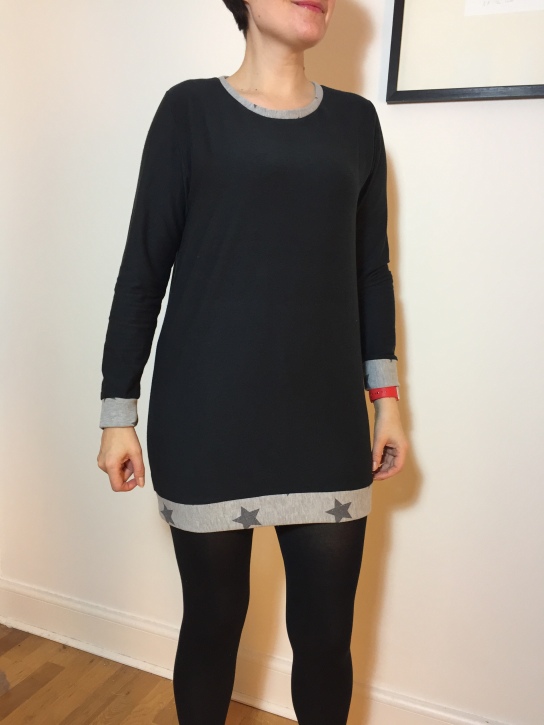 This one is made in an incredibly soft, organic bamboo and cotton jersey in soft black from Offset Warehouse (all ethically produced and sustainable textiles). It’s 170cm wide and 240gsm per metre. It’s the same fabric that I used to used to make one of several Named Inari dresses with a very exaggerated cocoon shape. The hem band, cuffs and neckband are made in left over star print cotton sweatshirting.

This version is made with no alterations or changes to the original pattern. The fit overall is really good- it’s just shorter than I would comfortably wear, even with leggings (I’m 5’7″). I’m particularly pleased with the fit around the shoulders and bust. Having looked at other versions I was concerned that it might be big in that area but dropping a size worked really well for me. I have worn this as a sweatshirt  rather than dress but I may end up finding a good home for it elsewhere.

It’s a really simple and very quick sew, there aren’t even any notches. 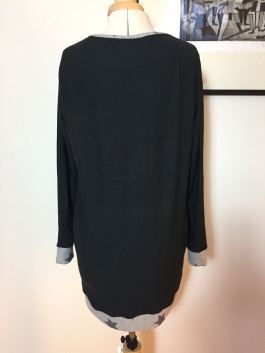 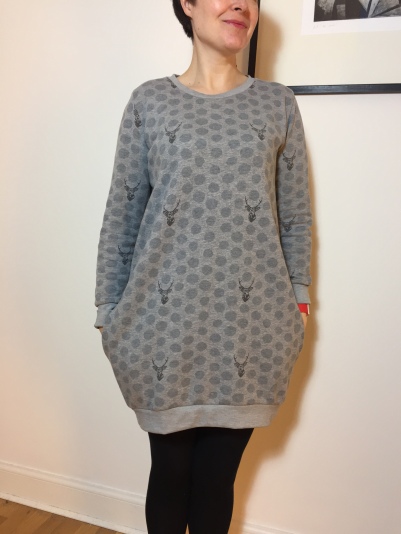 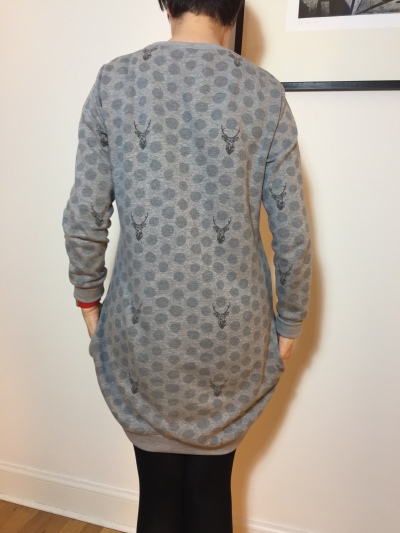 The second version is made from a 100% cotton, Kokka Ehino French terry in their iconic Sambar print bought in one of Tomato’s shops in Nippori, Tokyo. This was a love at first sight fabric which is why it has taken so long to use it. It’s really narrow, at around 90cm, so I bought 2.5m.

I made a couple of alterations to this version. I wanted to change the shape slightly so added 3/4″ at each side seam at the hip where I wanted the dress to be at its widest. I did this front and back then graded up to around the level of the apex and down to the hem to give a more curved sillhouette to the dress. 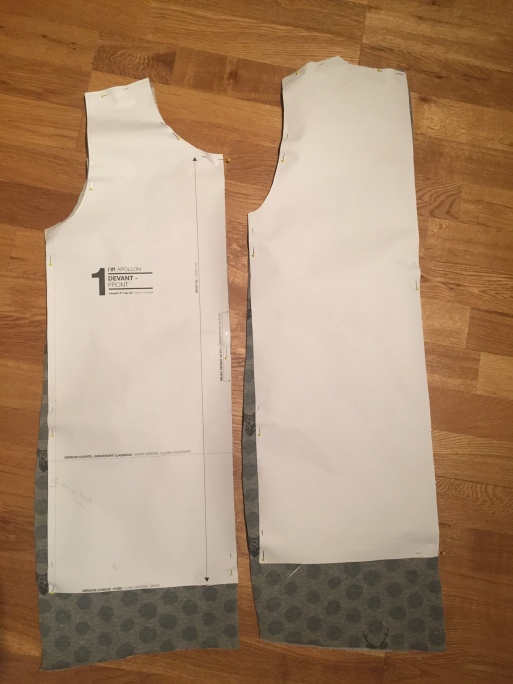 I also pretty much doubled the length of the cuffs so I could turn them up. 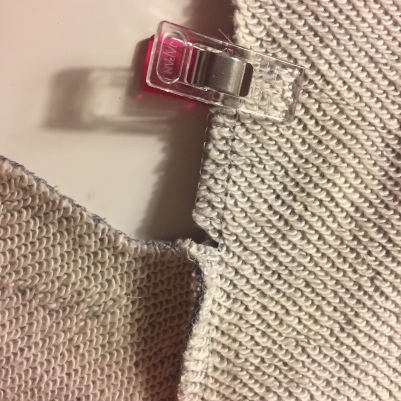 I love the way the pockets look and feel because they’re quite low. The only slight issue with low slung pockets on an above the knee dress is the potential for peeping pocket bags at the hem. These are borderline for peeping potential so if I made another I would place them an inch or so higher.

That’s it. It is completely brilliantly comfortable and flattering to wear. 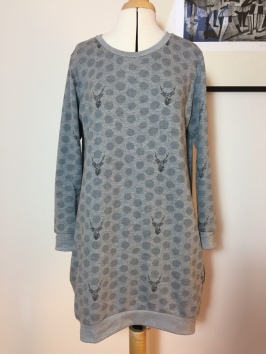 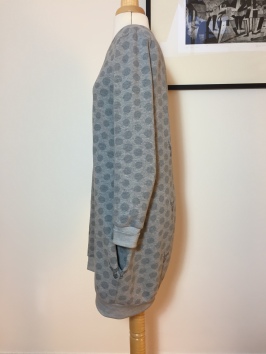